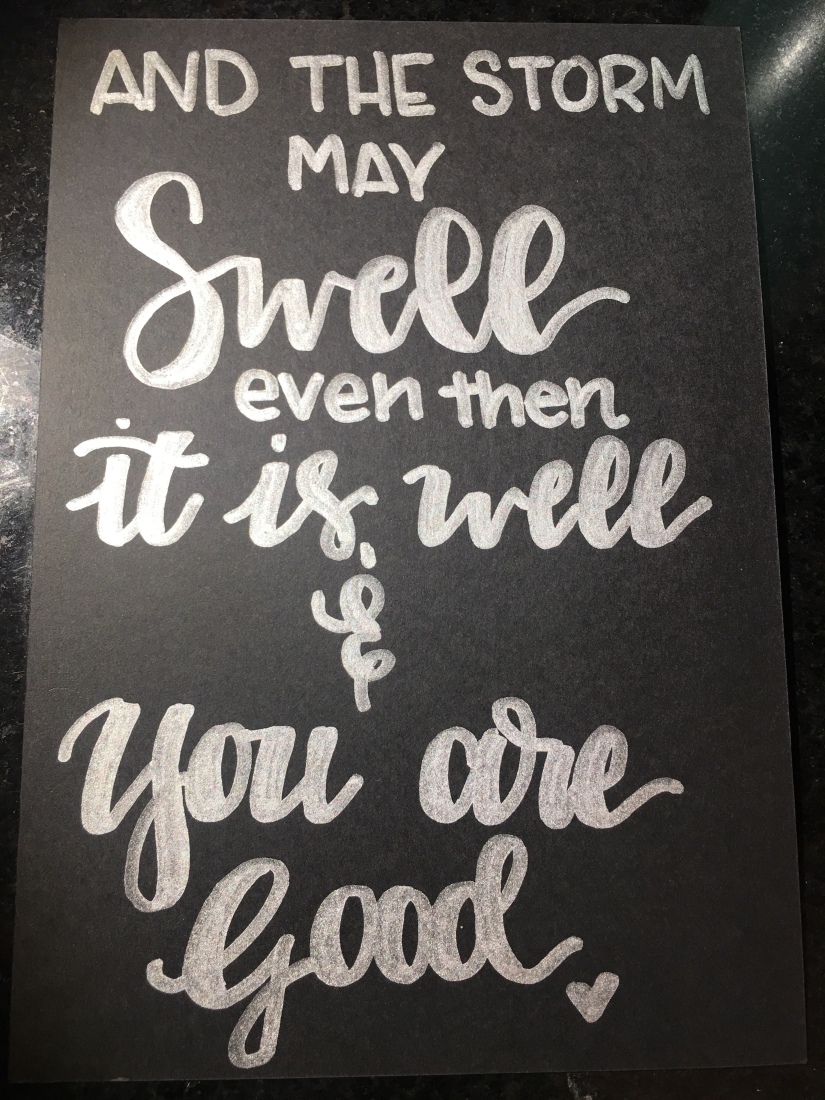 So I’m reading a book called Looking for Lovely (by Annie F Downs) for community group. Y’all! This book has hit on so many things that I feel so hard right now. The chapter I read tonight was talking about tragedy.

In it, she says we have to feel the pain and not ignore it in order to fully appreciate the joy of life.

So many times, we (or I know I do) try not to feel it. I’ve always been like that though. When I was 5 years old my world crashed, and I found out my daddy was never coming home. He was going to Heaven instead. I know that’s heavy for a 5 year old to process, but I tried my hardest not to process it. Because processing it hurt.

I remember, because I wouldn’t talk about it…basically refused, my mom had us go see a counselor. All I remember about that was a lot to Connect Four and a lot of still refusing to talk about it. (This killed Connect Four for me. I’m sure it’s a lovely game, but I cannot play it without feeling like I am supposed to be talking about something I don’t want to talk about.)

I kept dodging it for years. Every time it hurt I would try not to feel it. I refused to go to church on Father’s Day (basically I still don’t) because it hurts. Father daughter weekend at college was killer.

But dodging the hard stuff just meant it was harder. I became an angry kid, though not hardcore like some because I still had the outward persona of a good little church kid too. But at home, not so much. I mean it had to come out somewhere I guess.

I’ve dealt with it in small pieces throughout high school, college and adulthood. Small pieces because it hurts less than big pieces.

I still deal with things this way. Something I heard (actually by the same author) said sometimes you have to grieve the loss of the dream you thought you’d be living. That’s where I am right now but because I don’t like emotions (which is weird because I’m fairly emotional if I let myself be. I feel things deeply), I don’t want to process and grieve.

But I’m being convicted this week to do just that. And hey I’m basically all by myself in this surgical recovery lockdown so that helps. I’m allowing myself time to process, to grieve what will never be (more about that another time), and to accept what my life may look like now. Hopefully to eventually get to the place where I can celebrate where my life is now. I’m trying to embrace the pain…even though I’ve dodged it for 41 years. I’m trying to embrace it because I want to feel the fullness of joy some day. I want to. I need to!

I’m gonna embrace the feelings and process…or at least try to. It’s a learning curve.