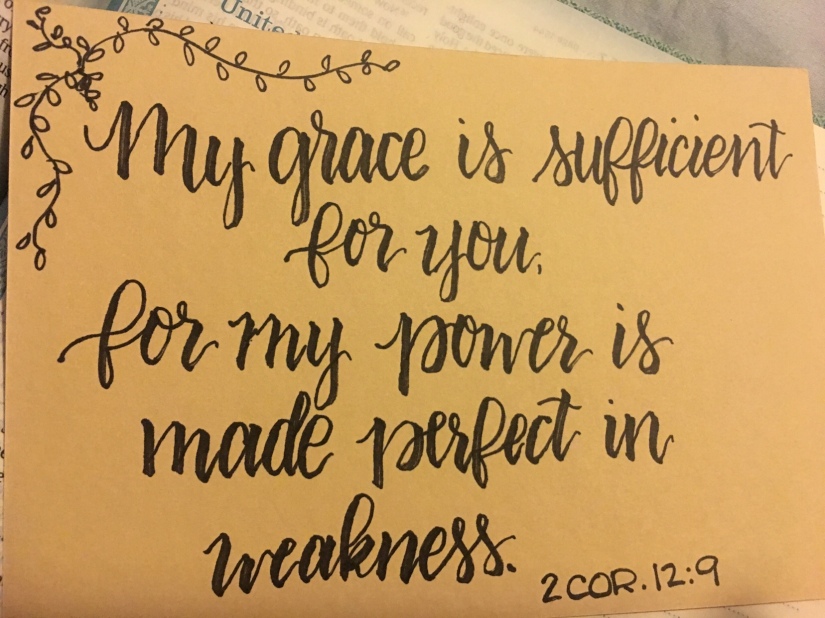 In camp recovery mode. Yesterday I took a nap for about 6 hours and then went to bed for real.

Yesterday on the drive home I had some questions. Why, God, did you tell me to go to the second half of camp if I was gonna have to tap out on the second day and limp through the rest? What was the purpose in that?

We had several late nights because at camp everyone needs the nurse after dark, whether legitimately or not so much so. That coupled with the fact that I had not had a day off since I got released the week before was probably a recipe for disaster.

I woke up Thursday not feeling great. I just hurt. Then my digestive system decided to join the party. It has done this some since surgery (they say because of the resettling of things to take up empty spaces) but usually it’s an hour or so and it passes. This time it was gonna go hard…for days. Really it’s still not entirely happy.

By afternoon I knew I was probably in a predicament but I am not one to admit weakness or ask for help, so I tried to soldier on.

Luckily people called me out. One person came up to my golf cart as I was sitting under a tree trying not to vomit on the beauty of nature and said it’s ok to admit that you’re not ok. It’s ok to (and probably a good idea to) not come to the late night activity. We’ve got enough people to cover it.

I was trying not to let anyone down, to will my body to participate when it was done. I wanted my body to suck it up and let me do all the things. But it wasn’t going to do it. I was frustrated because I like to have control of all things and I had no control over my own body. The harder I tried, the worse it got.

So this person just giving me permission to tap out at some point that day of course made me cry for several reasons. First, she saw my weakness I was trying to hide. And second, I was not sure how much longer I was gonna be able to stay upright.

But still I tried to make it through on my own. Another friend came up to me right before I tapped out and said “you need to go lay down; you’re really pale and I don’t like it.” I couldn’t really argue because I’d just been in the bathroom and had just looked at myself and thought “am I always that color?” And I also knew I was probably about to change from being a nurse to a patient on the ground if I didn’t admit I was done.

So I went back and took a shower and went to bed, disappointed in myself for not being able to just get through it. I felt bad physically but I felt bad that I wasn’t doing the job I was supposed to do. (Not that there weren’t 5 other completely capable people to do that job.)

The next day I felt better but my guts remained angry for the rest of camp…and still remain a little miffed today. (On the upside the scale moved a lot…not eating does that lol)

Maybe now that I was busy again I was starting revert into old habits and feel like I have it all under control. Clearly I do not.

It’s funny how I think I need to do all the things in order to not let people down. That was one of the hardest parts about not being released back to work at 3 weeks post-op because I thought I was letting people down. But I’ve learned I expect more of myself than other people expect of me. And I’m not letting them down if I cannot do something.

I guess what I’m learning is His grace is sufficient for me. In that I need to give myself grace to not be perfect, to not have it all together all the time. To feel things and have moments of weakness, big or small. It’s ok to admit when you can’t. But it’s so hard for me to do.

Like that song says, “your grace is enough for me”.

Maybe that’s the purpose in going to camp second half. A little reminder that I need God and I need other people. That I can’t do this life by myself, at least not if I plan to stay off the ground.

I’m thankful for the people in my life that reign me in when I’m trying to do too much or trying to live past my means. I never knew how much I needed people until I started this journey with post-op but I do. Find your people and love them hard cuz one day you’ll need them (if not every day).