I feel like in so many areas lately it’s been two steps forward, 5 steps back. Are we really losing ground here?

In reality, we are not going backwards, but just encountering some tests. Do you really have the ability to just keep breathing? Breathing in the good and out the bad? Can you avoid a knee jerk reaction?

The answer is…apparently not always. Not yet anyway. But the victory comes in being able to more quickly realize that oops I did it again.

My natural tendency to flee all forms of conflict is also still very much intact as well. I read recently an author that said something along the lines of conflict is important because nothing can ever move forward without some conflict. I mean conflict is the driving force in a good narrative. Without conflict the story isn’t even believable.

But oh conflict. You make me so nervous. I want to stand up for myself and then quickly run away before anyone can fight back.

I used to have a cat. (I bought said cat to get rid of a mouse and only ended up with a mouse and a cat. And truth be told I don’t even like cats and am actually allergic to them.). I also had a dog. Every so often the dog would take off at top speed after the cat and chase it all around the house. Of course the dog got in trouble for picking on the poor cat. Then one day I happen to see what was happening before the high speed chase. The cat sitting on top of the piano was waiting for the dog to walk by. The dog minding her own business literally had a cat fly from off the top of the piano onto her back and jump off and start running. Seriously. The dog also never caught the cat anyway.

I think that’s how I am with conflict sometimes. I sit up there getting more and more enticed to pounce. Then when I do I take off running hoping that it never touches me again.

And sometimes I’m the one getting pounced. And I’m just minding my own business and suddenly I’m hit from above by something and just react. I mean could the dog have chosen not to chase the cat? Probably. But it would have been harder, much like it’s so hard not to react to life.

There’s a situation in my life that has been challenging for a hot minute. It’s a thing that should be fun and enjoyable and gratifying and all the positive adjectives but it’s not and it hasn’t been for a while. It’s hard. And I want to run away, to leave, to do something else. It’s volunteer anyway and I would rather volunteer to have fun not stress. But every time I try to run away, to do something different, I get pulled back in. I’ve even prayed about moving on and I feel God telling me not yet. But how about now God?

And I’m still learning to be still.

I don’t know what is going to happen and I have no control over any of it, which is also a challenge as you know. All I know is what I’ve been called to do…be still.

But I’m so bad at being still. 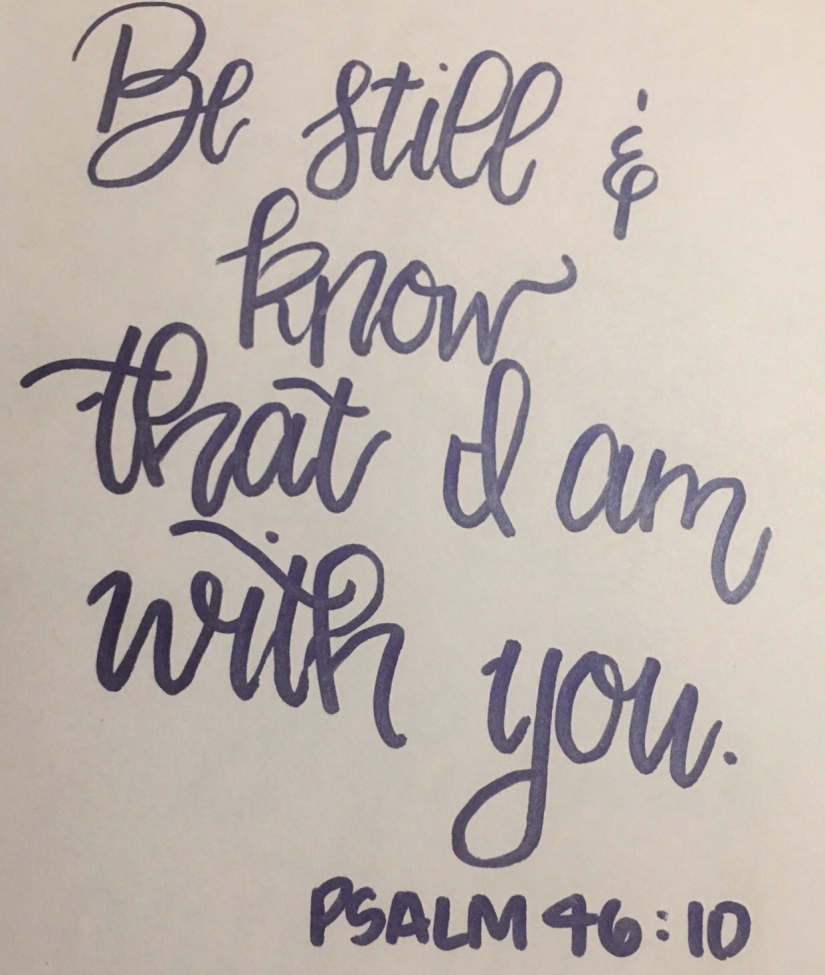